Organizations these days are very focused on Diversity and Inclusion efforts which get our full and unwavering support. In light of such effort we believe is fair to ask ourselves how does equality looks like? From an economic point of view inequality seem to be part of human activity and even today, for example,  there is a big difference between the median wage in the District of Columbia at $71,690 and the median wage in Mississippi at $30,580. From an economic perspective equality does not mean we all have the same level of income and wealth, but rather is that level of income and wealth driven by differences in economic models, individual abilities, and not on racial or ethnic grounds.

The difference between the median income in the District of Columbia and Mississippi is driven by resources, economic models, and mainly by the fact that Federal Agencies are concentrated around the nation’s capital. On the other hand, the difference between salaries of a black employee or Latinx employee and their white counterpart with the same level of education, same experience, and same responsibilities can only be attributed to the racial gap.

Equality then does not mean the lack of inequality, but rather this inequality being attributed to factors outside of the individual’s control such as his race, ethnic origin, or religious background since these are things that the individual was born with and therefore it is incredible unfair to count this fact against the individual. 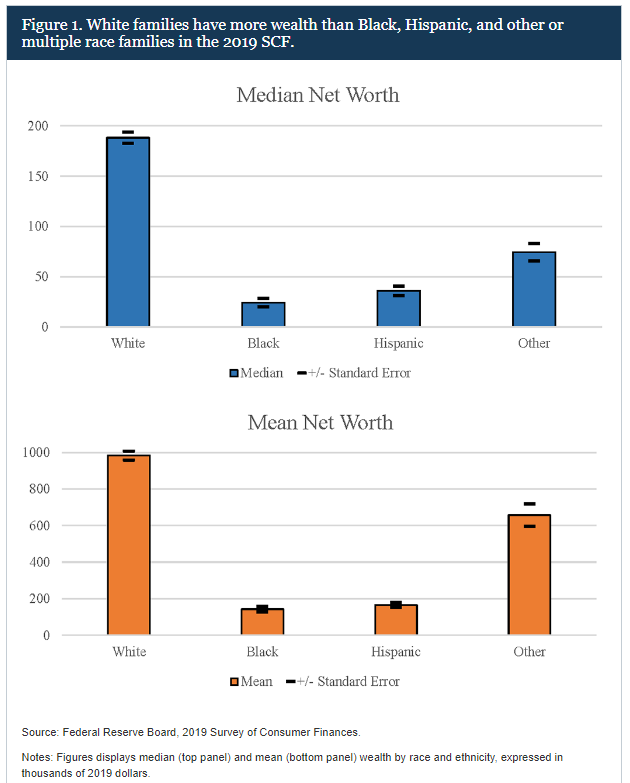