Jaime Paniagua immigrated to the United States running away from hyperinflation and high unemployment which wreaked havoc in his native country Mexico in the 1980s. Unskilled, poor, and often unwelcomed Jamie followed a path very well-known to his generation; work in construction, live a frugal lifestyle, and send money back home hoping to “go back”.

Today, Jaime is the President and CEO of Paniagua’s enterprises, a construction contracting company specialized in telecommunications and data infrastructure that ranges from backbone network and implementation for closed-circuit television systems to 5G towers. Paniagua’s success is the result of a well-known formula for large businesses but not so much for minority-owned businesses; technology and specialization.

“Specialization is one way that minorities can seek advancement and recognition within their places of employment, what is so special about Jaime is that he applied this principal at the firm level, growing his business and his bottom line” said Jose Montes de Oca from the Maryland Hispanic Chamber of Commerce. Jaime developed expertise in the cable industry by working for Balcom Cable for 10 years before starting his own company in 1992, back then the internet was just started and the demand for cable was a small portion of what it is today.

Jaime is more focused in the future than before “We are currently working with Verizon and Crown Castle on new wireless broadband all over Maryland which reminds me a lot of the late 1990s when the infrastructure for cell phones was first created.” New technology deployment has benefited Jaime’s business as his company grew from one crew (himself and couple of associates) to 14 crews nowadays and is showing no signs of slowing down with an increased need for broadband and high speed internet at home.

When asked what the hardest part of running a business has been Jaime answered without hesitation “wining contracts” which is a common plea among minority businesses since many of them might have the willingness and ability but not the track record. According to the Maryland Hispanic Chamber of Commerce 45% of their members expressed that access to contracts is a constraint to their growth in 2021 and is very likely to remain this way the years ahead unless there is conscious change of how firms allocate business to minority-owned businesses.  “Specialization can only happen through the allocation more contracts by big firms and more use of technology by minority-business owners” adds Jose Montes de Oca from the Maryland Hispanic Chamber of Commerce.

Verizon and Crown Castle are noticing the unintended growth that their technology is having on minority communities as internet accelerates the implementation and visibility of payment systems, economic activity, or even the direct capital that goes into laying cable or building towers. New York based consultants like Ana Rua form Crown Castle and Mario Acosta-Velez from Verizon have engaged the Hispanic Community to discover and understand success stories like that of Jaime’s who does not dream to  “go back” anymore but rather dreams to expand his business and create more jobs in Baltimore. 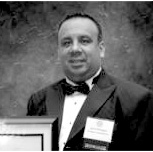