Hector Vinas, a Colombia native who immigrated to the U.S. in 1957, co-founded the Maryland Hispanic Chamber of Commerce in 1986 in order to support Maryland’s growing Hispanic business community. He served as the Chamber’s first president and laid the groundwork for the Chamber’s successful 30+ years. He was an engineer at EBA Engineering in Baltimore, where he later ascended to the position of CEO. He went on to found and run the American Eagle Aeronautical Academy at Martin State Airport. He passed away in 2000, but his legacy of service to the community and entrepreneurship live on in the MDHCC today.

Dick Colon took over as the president of Mace Electric in 1983 and helped it grow to be one of the most successful minority-owned businesses in the Baltimore area. In addition to being an active member and past Chair of the MDHCC, Dick was involved in EBLO, Educational Based Latino Outreach Inc., which provides educational opportunities to better the lives of Hispanic youth. 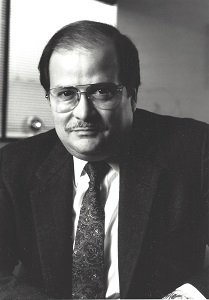 Richard J. Otero, Sr. or Dick as he is most frequently referred to, a true serial entrepreneur, was the founder and owner of RJO Enterprises, Inc., EZCertify.com, LLC and the current owner of Otero, LLC. He has more than 35 years of experience with Federal government contracting, having been 8(a) certified himself in the 1980s and having also assisted in certifying thousands of minority, woman and Service Disabled Veteran-owned companies. He is often regarded as the “man who wrote the book” on being 8(a) certified and is widely recognized as the industry’s 8(a) Trusted Advisor.

Dick has always been a community activist, serving as chair of the MDHCC, as one of the founders of the National Coalition of Minority Businesses, the National Federation of 8(a) Companies and as a member of the Board of Directors of the Maryland State Chamber of Commerce.

He has been a resident of Annapolis, Maryland, Tampa and Naples, Florida, Haymarket, Virginia, Bethany Beach Delaware and currently resides in Odenton, Maryland with his wife and life-partner Jeanneine. 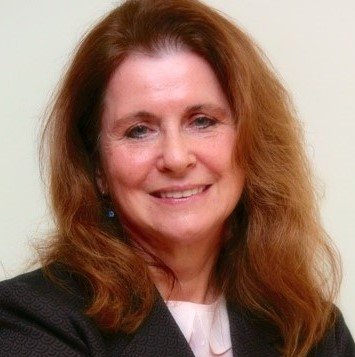 Gigi Guzman is a Latina community leader who has dedicated her life to Maryland’s Hispanic community. She is one of the Founders of the Maryland Hispanic Chamber of Commerce (MDHCC) and has continued to serve the organization over the past 30 years. She was the MDHCC Chair from 2000 to 2004 and is now a member of the Board of Directors where she serves as Chair of the Grants Committee, the Business, Advocacy and Mentoring Committee (BAM), and the Gala Committee.

In addition to her dedication to Maryland’s Hispanic business community, Ms. Guzman is the Founder of GlobalTech Bilingual Institute, which operated between 1996 and 2012, where she provided English as a Second Language and Workforce Development programs for Hispanic Latino adults in the Baltimore Metropolitan Area. Ms. Guzman identified market trends, developed strategies for preparing the labor workforce and found funding to train the underserved in areas of high need. About 5,000 students graduated from GlobalTech Bilingual Institute. Ms. Guzmán was the School Director, lead instructor, translator and interpreter.

After GlobalTech Bilingual Institute was sold in 2012, Ms. Guzmán’s time and skills have been devoted to providing English and Spanish interpretation services for agencies and private individuals at the US Citizen and Immigration Services (USCIS), depositions at legal firms, educational sessions at schools, and medical sessions at hospitals throughout the Baltimore-Washington-Delaware areas. Her command of both English and Spanish is fluent and native which helps sessions flow easily and expeditiously. Additionally, Ms. Guzmán provides language instruction and translation services for various U.S. Government contractors providing services for agencies such as Medicare, NSA, and the US Navy among others.

Ms. Guzmán continues her volunteer work on behalf of the Maryland Hispanic Chamber of Commerce and Maryland’s Hispanic / Latino community. She is the driving force behind the MDHCC’s Mesa Redonda Rountable for President, CEOs and Entrepreneurs. The Roundtable is an ongoing monthly business training and couching program for Hispanic/Latino business owners who are members of MDHCC. 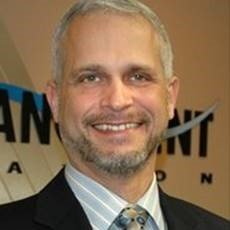 Born the son of Sergeant Major (Ret) Eladio and Julia Martinez, in San Juan Puerto Rico, Ricardo Martinez is the President and CEO of Project Enhancement Corporation, one of the largest and fastest growing Hispanic owned businesses in Maryland. He has served the Hispanic Business and Hispanic Community at large through leadership positions in a variety of business chambers, non-profit community organizations and 2 Maryland gubernatorial administrations. These include, Chair of the MDHCC for 4 years, Vice Chair of the Maryland Commission on Hispanic Affairs and member of the Maryland Economic Development Commission for both Governor O’Malley and Governor Hogan for 6 years. 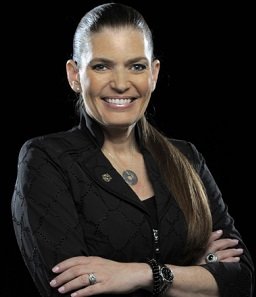 Yolanda Maria Martinez, known to all as Maria, is the founder and CEO of Respira, Inc., a respiratory, sleep medicine, durable medical equipment, safety and health company which she started in the spring of 2001. Through a women business center, Women Entrepreneurs of Baltimore (WEB), she was able to learn business skills necessary to start her business. With a single-minded drive to provide the highest level of compassionate care, Maria combined over 30 years of experience in the medical field with her desire to build a company that truly cares about outcomes and accountability. The result was Respira Medical—a company dedicated to ensuring effective treatment for individuals
requiring custom tailored home care programs, serving over 80,000 patients.

Theresa Alfaro Daytner has a passion for business—and for helping entrepreneurs achieve the same success she has enjoyed in her 25-year career. This passion is why the Obama administration invited her to participate in the 2009 White House Small Business Summit, why Fortune magazine named her one of the 10 Most Powerful Women Entrepreneurs and invited her to Fortune’s Inaugural Most Powerful Women Next Gen Summit (2014), and why she was selected as a 2013 Network for Teaching Entrepreneurship (NFTE) Local Hero Honoree.

Daytner is CEO and President of Daytner Construction Group, a commercial construction management and general contracting company. Under her leadership, the business grew from $100,000/year in revenue in 2003, to $18M in 2012. This leadership placed the
company on the Inc 500 Fastest Growing Company list for two years running. Daytner has received numerous awards and accolades, including Small Business Person of the Year (2014) by the Maryland Hispanic Chamber of Commerce, induction into the Smart CEO MD BRAVA Hall of Fame (2012), being named one of the WPO 10 Fastest Growing Women-Owned/led companies in North America (2011), being a Finalist in the Ernst and Young Entrepreneur of the Year (2010), and being an awardee and participant in the Make Mine A Million$ Business program (2006). She was a Panelist in the 2010 White House Women’s Business Summit and in 2012 she was invited to be the Department of State Expert Guest in Budapest, Hungary. Daytner recently co-taught a class on Women’s Entrepreneurial Leadership at George Washington University, in Washington, DC and continues to pursue mentoring and entrepreneurial opportunities as an angel investor, while running her construction company.

Currently, Daytner is building an organization to bring women into the construction trade, with a focus on skill acquisition and economic empowerment.

When she’s not building something or hanging out with her family, including 6 children and 2 grandchildren, Theresa likes to travel, ski, hike, bike, read, learn, play, ask questions, dance, try new adventures, listen to music and visit with friends. 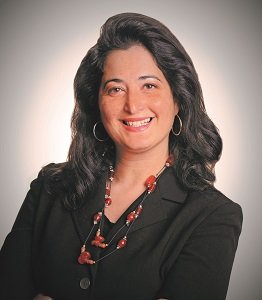 In 2011, after several decades in the corporate sector, Veronica established Cool & Associates LLC, a management consulting firm to build a bridge to the Hispanic Population, through Marketing & Community Outreach, Recruiting & Staffing, and Training & Professional Development.

Cool has received various awards including the Daily Record’s MD Top 100 Woman- Circle of Excellence and the US Hispanic Chamber Ultimate Latina Award. Also the First Lady Michelle Obama recognized Veronica during the National Mentoring Summit. A sought after speaker, Cool has traveled internationally to foster economic growth and is also a columnist for the Huffington Post, The Daily Record and Mundo Latino.

She is the founder of the Latino Innovators Pitch, an innovative program to showcase and empower Latino entrepreneurs to scale and grow their businesses profitably and sustainably.

She holds a BS from Kutztown University and a MSF from Loyola University. A native of Dominican Republic, she is the Past Board Chairman of the MD Hispanic Chamber of Commerce and serves on the Governors Workforce Development Board, Open Society Institute and Baltimore AthenaPowerlink. She is married with two children and lives northwest of Baltimore, MD. 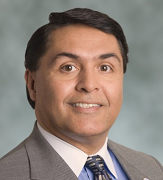 Enrique served as Chairman of MDHCC from 2013-2015 was the MD Hispanic Business Conference Chair in 2014. Mr. Melendez expanded significantly the list of MDHCC’s sponsors and was responsible for establishing the Annual Holiday Gala which became the premiere event for MDHCC. Enrique established stronger ties with the MD Black Chambers and also with the Baltimore and Montgomery County Hispanic Chambers.  An engineer by education, Enrique is a well-known global aviation consultant and entrepreneur with more than 25 years’ experience working with Airlines, Airports, and U.S Federal Agencies. Enrique has served as a BWI Airport Commissioner, the MDOT MBE, Maryland STEM Advisory, and Maryland Council for Educator Effectiveness Committees. Mr. Melendez was the first Hispanic Member of the Board of Education in Anne Arundel County appointed in 2005 and served as its Vice-President and President between 2008-2009. Mr. Melendez has served numerous other non-profit Boards. After 28 years in Maryland, Enrique now resides in Orlando.